The Fears of Voting While Being an Immigrant American Citizen 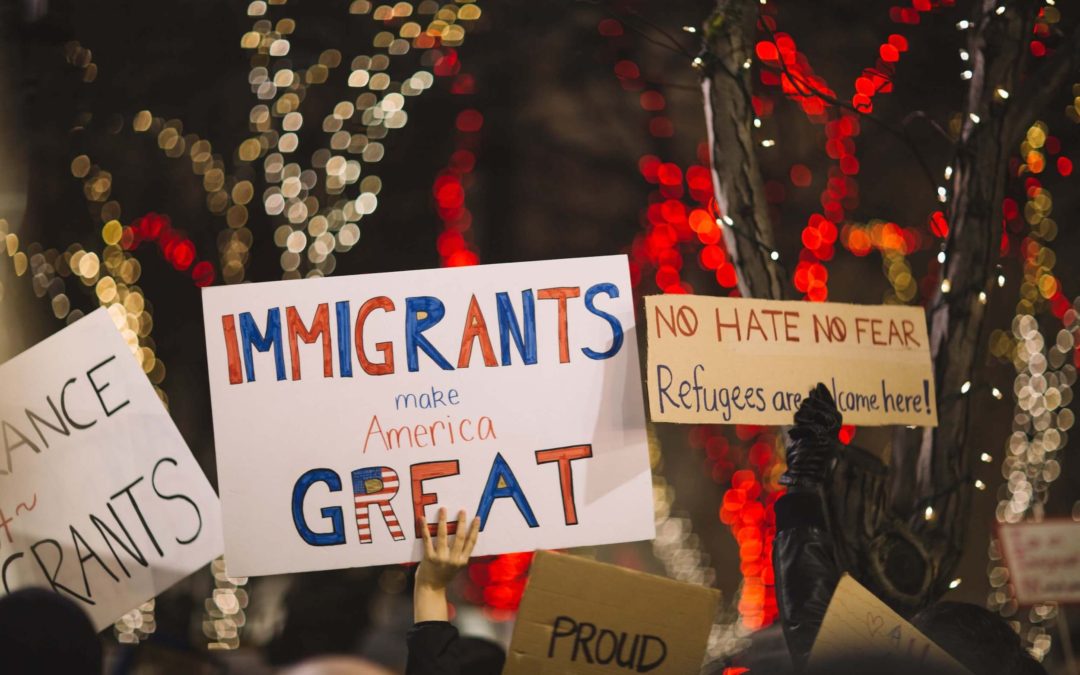 An alumna of The Brotherhood/Sister Sol’s Environmental Program, Nicole Castillo, is a youth activist. She stands for ending the discrimination against Black and Brown people and raises awareness concerning immigrants’ unfair treatment in the United States. Nicole recently wrote a piece on immigration, ‘The Fears of Voting While Being an Immigrant American Citizen,’ as part of her Art & Journalism summer internship at New York-Presbyterian Hospital’s Uptown Hub program.

As part of her internship, Nicole also participated in ‘Untold Uptown,’ a joint collective of youth in New York City who use their voices to empower and take on different issues prominent throughout the city.

Nicole is from West Harlem, New York. She currently attends the College of Mount Saint Vincent, pursuing a degree in English, Writing, and Environmental Sciences. 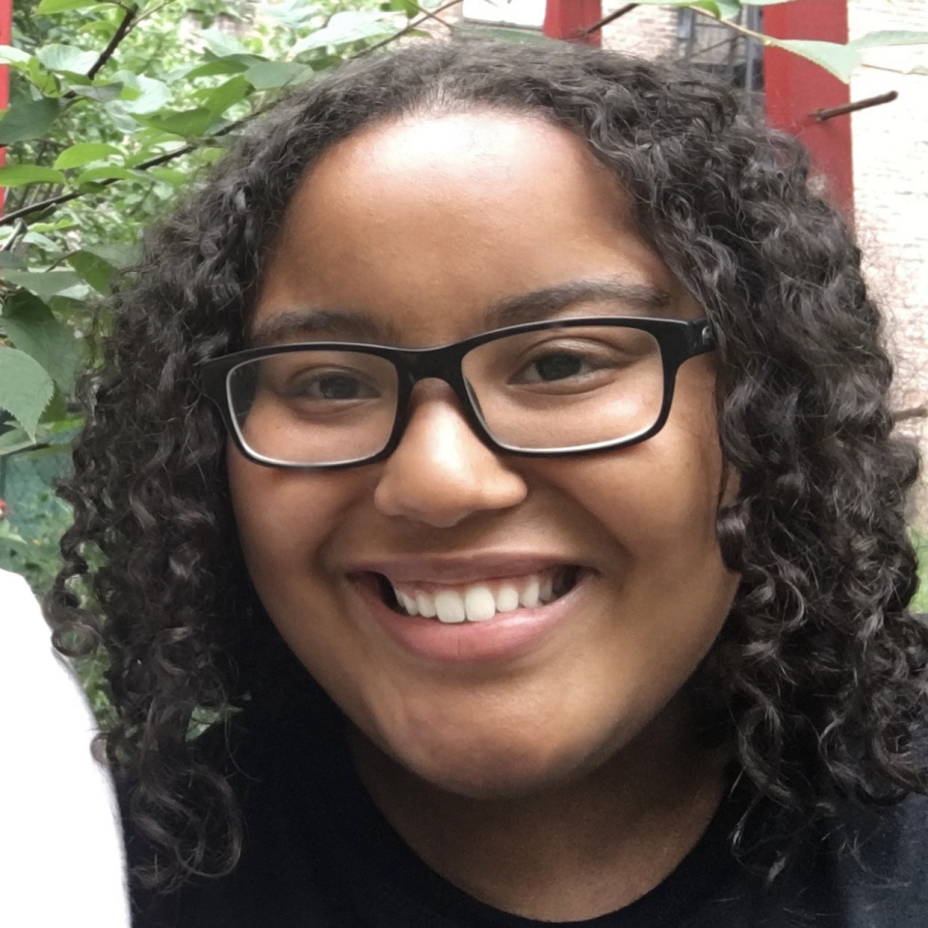 The Fears of Voting While Being an Immigrant American Citizen

How immigrants who have migrated to the United States fear going out to vote and expressing their rights, even as US citizens.

How would you feel if you were told you were “illegal” and not allowed in the place you consider home? How would it feel to be scared to practice your right to vote? This is how thousands of immigrant-citizens feel everyday living in the US. After much struggle and turmoil following their goals of trying to make it in this country, they still fear being targeted for doing things that are within their rights.

Immigrant discrimination happens every single day. From being attacked for looking different or speaking in their native language to being accused of stealing jobs and “taking away” opportunities from Americans, immigrants often get the short end of the stick. It is a common opinion shared by many that immigrants shouldn’t be granted rights and allowed in a country that isn’t “theirs”; this goes as far as voting or even being given the right to work or attend school. Because of this, many immigrants, even as citizens, fear going out to vote and exercising their rights as “Americans.”

According to New York City’s March 2018 Annual “State of Our Immigrant City,” NYC is home to 3.1 million immigrants. The majority are immigrants who have become documented citizens, along with others who retain a permanent resident status. There is an undocumented population of immigrants in NYC estimated at about 560,000.

Adalgisa Pichardo is a Bilingual Speech Therapist in the Bronx who migrated to the United States from the Dominican Republic in 1967. She traveled back and forth between both countries until the age of 12, when she stayed in this country permanently. Her transition between both countries was difficult because she had to leave family members and friends in the DR and also had to change schools. Adjusting to the city in New York and a new lifestyle was different, as the people here were unlike people in her home country. New York is much more advanced and developed compared to Dominican Republic. Coming from a rural area in DR, it was very different moving to a high-paced, advanced city that has booming technology and a diverse sense of culture and customs. No two people in New York are the same, as all people come from different places and have different dreams and goals. In the Dominican Republic, Pichardo found that the main shared goal between many people was to “make it out of here” and grow beyond their small hometowns. Many immigrants find their new goals once they’re able to move to a new place that holds opportunities they were never exposed to before.

There is a fear of people not wanting to lose their legal status within the country, so they try to remain as low-key as possible. Various immigrants believe that going to voting booths puts a target on their backs for being attacked. This fear stems from the idea that they weren’t born with the right to vote in this country, so they become scared to exercise that right for fear that it will be taken away. It is the fear of losing something they didn’t previously have. As a citizen of this country, Pichardo exercises her right to vote and tries to participate in every possible election that comes around. Although she is allowed to vote in her home country along with the US due to her dual-citizenship, she chooses not to.

She says, “Well, I don’t vote in DR because I am afraid of losing my citizenship of the United States. I read somewhere that the United States does not recognize double citizenship. And so I’d rather not risk it.” According to the United States Department of State —Bureau of Consular Affairs, “U.S. law does not mention dual nationality or require a person to choose one nationality or another. A U.S. citizen may naturalize in a foreign state without any risk to his or her U.S. citizenship.” This shows that her fears aren’t actually supported, and she can in fact vote for the elections in her home country as well.

According to the Pew Research Center, 22.0 million immigrants were eligible to vote in 2018. Now, in 2020, over 23 million immigrants will be able to vote in this upcoming election. This large number of voters makes up 10% of the overall electorate in the nation. Although many are allowed to vote, as seen with Pichardo, there still is some fear in putting yourself out there when voting. Though not all immigrants share this fear in voting.

Contrary to Adalgisa Pichardo, Carmen Rodriguez does not fear voting in both the United States and her home country. Carmen Rodriguez moved to the United States twenty years ago, in 1997. Similar to Pichardo, she moved from the Dominican Republic, searching for a better life. She came here with her husband, also an immigrant, and they settled into Washington Heights, hoping to start a brand new life full of prosperity. Rodriguez found the transition between moving from her native country to the United States to be hard, especially because she left behind her parents. She votes every four years, only really following the presidential election. Rodriguez also has dual-citizenship, but she doesn’t fear potentially losing her citizenship. She votes in both the United States and her home country in the Dominican Republic. Praising the United States, she expresses how, “People in the U.S. have more freedom of expression when it comes to voting, and they have more options of following different parties that they believe in.” There is a sense of liberty and non-judgment when voting here, and Rodriguez doesn’t think that voting in her own country will ever compromise her status.

A different perspective on this issue of immigration comes from Rebecca Patel, a woman who immigrated from India in 1996. At a disadvantage when moving to the United States, the English she grew up learning in India was very different from the one actually spoken in the States. Not being involved in politics all that much, Patel only votes every four years in the presidential election. She doesn’t ever feel intimidated going to the polls, but she does share how, “At work I have felt that my immigrant status discredits my achievements and I was never recognized for hard work.” The title of being an “immigrant” has set Patel back, as people believe her work isn’t worth the same as the next person’s who was born in this country.

What made her stand out the most was her accent, making her feel like an outsider in her place of work, as an employee working in information technology. Voting in the United States is a much more liberating experience for Patel than voting in India was. She says, “In India, there is corruption on every level that affects everyone. In terms of voting, it was very normal to be denied at the polls. Here in the US, I have never experienced that.” Patel wants the stigma behind accents to end and wants people to be more accepting of different cultures and backgrounds. Just because someone has a different accent or comes from elsewhere doesn’t mean they’re any less educated than someone born in the United States. She wants the common idea that immigrants are uneducated to be changed because education from a different country doesn’t mean it’s any less than what is learned in the U.S.

The American Immigration Council researches the statistics of immigrants living in New York City. The economy of New York goes up by over one hundred billion dollars due to immigrant consumer spending. In 2018, it was found that households led by immigrants paid over $35.4 billion dollars in federal taxes along with $21.8 billion in local and state taxes. Immigrants who are undocumented don’t go by without paying taxes as well, as they are estimated in 2018 to have contributed $2.3 billon dollars in federal taxes and over $1.4 billon in local and state taxes. DACA students in New York were estimated in state and local taxes to have paid $113.4 million in 2018. As Pichardo shares, people spend years in this country, working hard and paying taxes, meaning it shouldn’t be as difficult for them to get citizenship. Immigrants are doing their part and giving back to this country just like any other citizens and therefore should be treated respectfully and not discriminated against.

Immigrants are a huge part of this country’s working class and hold a lot of responsibility for helping this country run smoothly. Yet they are still discriminated against for being different and not like the majority.

Pichardo says, “Just because we have an accent or just because we look different from the majority of the people in this country, they treat us differently. I would want to be treated the same as others. This country is made of immigrant people.” Immigrant people are part of the backbone of what keeps the country running. Rodriguez says, “Immigrants are hard workers, and we moved to this country to work and do the jobs that Americans refuse to do. I wish that people would recognize how immigrants are just like everyone else and only trying to do the best for their families.”

No person is illegal on stolen land. All people must remember that the land we live on is wrongfully borrowed and stolen from Indigenous Native Americans. The United States has always carried the image that it is the “land of the free” and the  “land of opportunity.” Maybe the people of this country should start actually living by those accepting mottos rather than discriminating against those who are different and seek a better life.