The Verdict: The Movement Continues 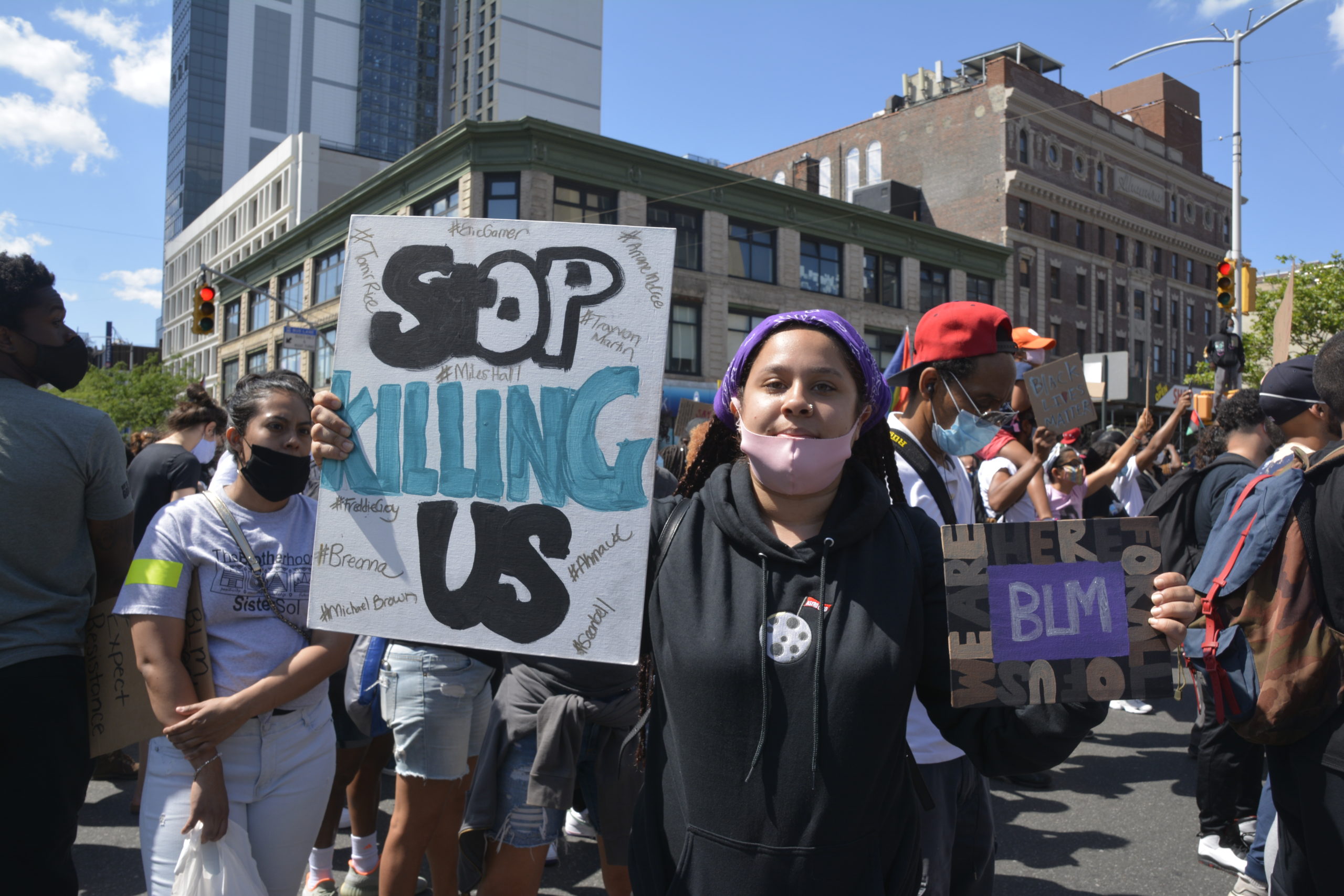 “We at The Brotherhood Sister Sol are, of course, relieved that former police officer Derek Chauvin was convicted for his murder of George Floyd. ⁣
⁣
This killing of George Floyd, perpetrated over more than nine slow agonizing minutes, this destruction of a human body, has resulted in a guilty verdict – for the murder that it was. And we are relieved for the family of George Floyd. ⁣
⁣
The killing of George Floyd led to world wide protests against systemic racism, police and state violence, and the taking of Black lives. Millions marched and demonstrated and organized in some of the largest protests we have ever seen.⁣
⁣
But this was one verdict. It does not represent justice nor the systemic change we need, we demand and we will have. Our struggle is to ensure that all Black lives are as safe and protected as our fellow citizens. ⁣
⁣

We at The Brotherhood Sister Sol will continue to organize:
This is a nation built, in substantial part, on the subjugation, destruction, and control of Black bodies. Modern policing reflects this reality and this history. It has been the lived reality of generations upon generations upon generations of Black people. ⁣
⁣
No matter what has been done to us – our lives, our loves, our joys, our children, our bodies are as important, as delicate, as strong, as valuable, and as free as our fellow citizens – our movement continues until this truth is a lived reality. “