Kevin Durant, the 12X All-Star, 2X NBA Champion and 2X NBA Finals MVP, visited BroSis on July 26, 2022 to celebrate the grand opening of our beautiful rooftop basketball court, which was endowed by his Kevin Durant Charity Foundation as part of their “Build It and They Will Ball” initiative.

The court was designed by youth members of BroSis and our architects from Urban Architectural Initiatives. BroSis Executive Director Khary Lazarre-White took Durant on a tour of our new building, and they were joined by Rich Kleiman, the co-founder of Thirty Five Ventures, who is also a childhood friend of Khary’s. Jose Mena, Director of the Kevin Durant Charity Foundation, also attended. They toured BroSis’ new state-of-the-art 22,000-square-foot facility and shot some hoops with our youth members, alumni, and staff.

We are grateful to the KDCF for their generous support and partnership!

Check photos and video of his visit below, filmed/shot by Jemaray Pyatt. 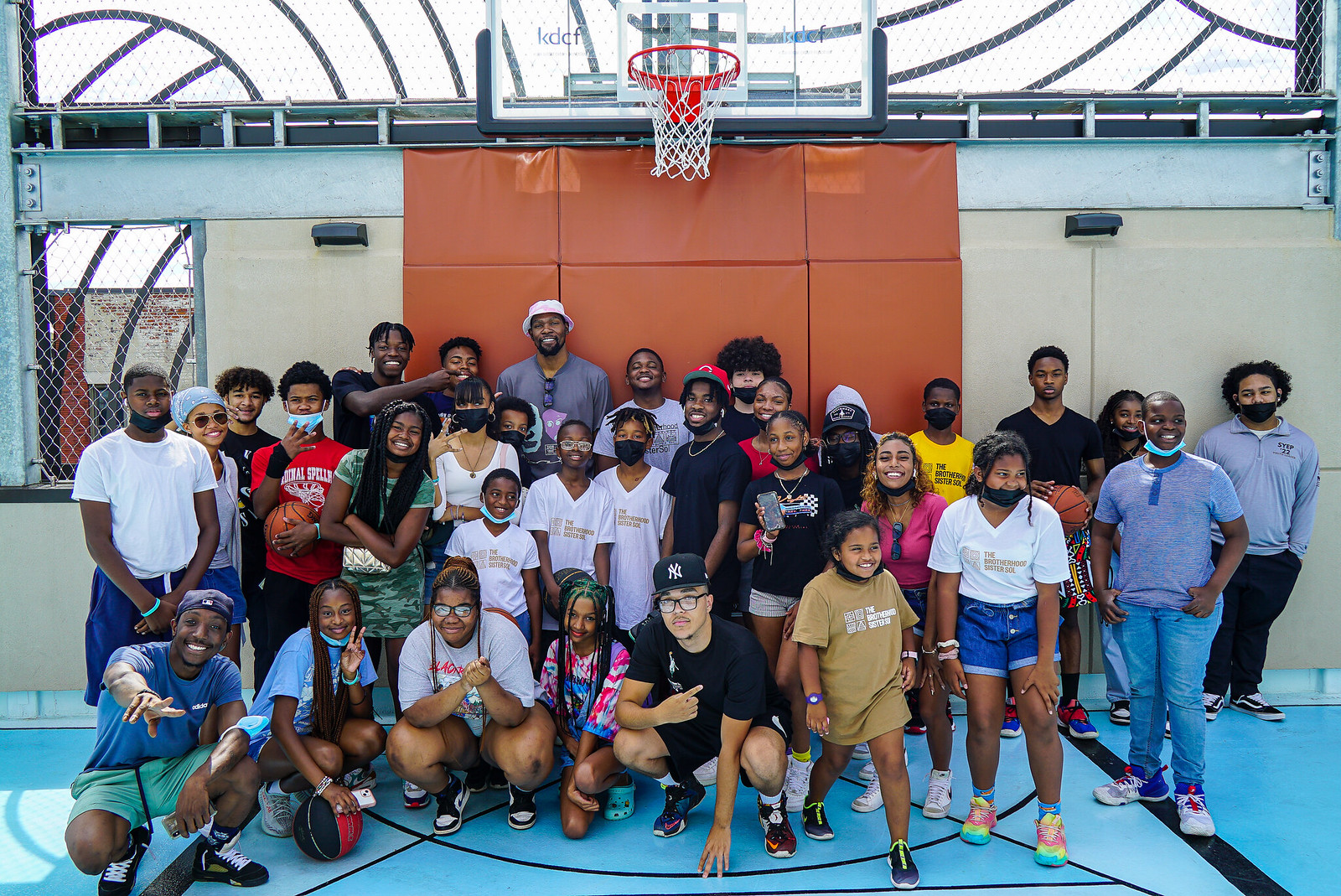