Cynthia Nixon’s Secret Weapon: A Running Mate With Star Power of His Own 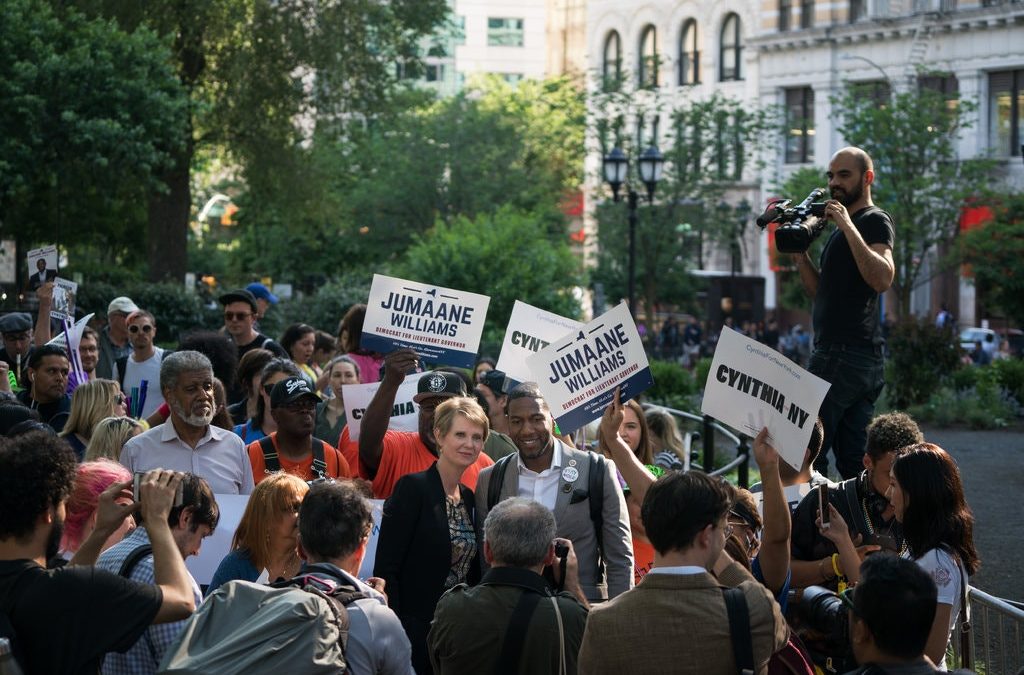 During a recent canvass in Brooklyn, volunteers on Cynthia Nixon’s campaign for governor encountered an unexpected situation: Some voters were far less familiar with Ms. Nixon than with her running mate, Jumaane D. Williams.

Leading with Mr. Williams’s name, rather than Ms. Nixon’s, they found, was a highly effective approach.

In the speculation over whether New York’s Democratic primary next week will replicate other upsets around the country, much attention has focused on Ms. Nixon’s challenge to Gov. Andrew M. Cuomo. But while polls show Ms. Nixon lagging more than 30 points behind Mr. Cuomo, Mr. Williams, a long-serving city councilman from Flatbush, trails his opponent, Lt. Gov. Kathy Hochul, by only nine. He leads Ms. Hochul among city residents and black voters.

Our 17th annual #VoicesGala last Thursday was such

Tune in for a special conversation and moment with

Today was opening day for the #BroSis Green Youth Market! Come by & shop local at our youth-run farmers’ market every Weds through Nov. between 10:30 am - 6: 30 pm at West 143rd Street & Amsterdam Ave. We are so excited for this season! 🥦 #brosisyouthmarket #foodjustice

Thank you for the love & support @UAI_NY #Voices17